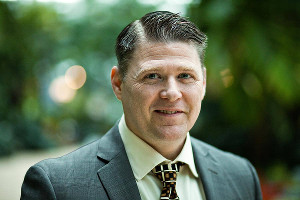 Bart Andrews, PhD, is Vice President of Clinical Practice/Evaluation at Behavioral Health Response. Starting as a crisis intervention clinician at BHR in 1998, he has dedicated the last 18 years of this life to suicide and crisis intervention. Dr. Andrews is a person in recovery and a suicide attempt survivor, and believes that the path to suicide prevention must be framed in the context of relationships, community and culture. He echo’s Connecting with People’s own core belief that suicide is a community health problem and everyone can help. Dr. Andrews is actively involved in raising community awareness regarding suicide risk and training community members, law enforcement and other professionals in suicide assessment and intervention. He participates on several crisis and suicide related boards: serves as Vice President of the National Association of Crisis Director and is Co-Chair of the National Suicide Prevention Lifeline's Standards, Training and Practices Sub-Committee.

I have been asked to write you a letter that will help you get through this tough time in your life. I would love to tell you that that this painful period will be short. But since it's me talking to me, I guess it's best we be honest. The path you are on is a painful one, and the fire you are walking through will burn and leave you tender but very much alive. I know now that this was a point where you could not find your place in the world. You did not feel like you fit in, and the cost of fitting in seemed too high. You are going to make a mistake and get caught. It is going to feel like your entire life is over, that you will never recover. You are going to feel like everything you did was wrong and that you were and will never be good enough. There will be a moment that has been building for your entire life where you will see no future and no way to live. You will not be able to run anymore; you will not be able to hide.

What could I say to you that would make a difference?

You no longer run; you no longer hide. You no longer live with shame. You tell anyone and everyone about your struggles with depression, alcohol, crippling anxiety and drugs. You are not afraid of your past anymore. You have made amends where you could, you have taken your lumps when you had to and you turned and fought when you did not think fighting was possible. You owned the pain you caused others, and they still loved you - they never stopped loving you. You learned those whose opinions you valued most meant nothing. You learned that those you took for granted were precious beyond measure, and you, in turn, were precious to them. You learned, in the end, that you had always been good enough. You learned that you had no choice but to love yourself exactly as you were. You learned that you were the vice the world was using to crush you. You learned that just surviving another day was the sweetest victory. After years of running, you learned to walk, head held high. You learned you could look anyone in the eye and tell them who you were, what you had done and let them judge you if they chose. You learned that when you told your story, other people raised their heads and said "me, too." You are going to learn there are literally millions of people who struggle and fight, just like you. You are going to learn that you are not alone anymore and that you do fit in the world. You fit in the world, just perfectly, exactly as you are. You are loved, you are here, you stayed and you are grateful every day that you did.

Postscript: Some might be wondering why I’ve used the word ‘mad’. It’s time to take ownership back of the word ‘mad’. It’s not for the discriminators to decide which words we can and can’t use. Consider this an official act to reappropriate. Personally, I find the word mental illness offensive, however I’m forced to resort to it much too often. Our language sucks, for lack of a better word. It’s time for folks to get used to this reclamation.