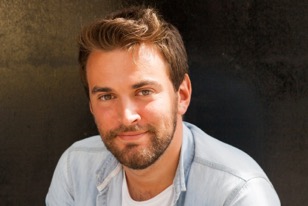 At the age of 20 he was diagnosed with schizoaffective disorder, a combination of schizophrenia and bipolar, and later began making films on YouTube about the condition that have been watched by hundreds of thousands of people.

Jonny now speaks publicly about living with mental illness and has written articles and given various interviews on TV, Radio and in print around the world to help educate and break stigma. He has also produced and presented documentaries on BBC Three and Channel 4 on the subjects of mental health and suicide.

His 2014 social media campaign with Rethink Mental Illness to #findMike, the man who talked him out of jumping off a bridge when he was suicidal, when viral and led to Jonny becoming a prominent spokesperson on the subject of suicide.

He is currently writing the first of 2 books on mental health due to be published by Pan Macmillan at the start of 2018, as well as training for the 2017 London Marathon with Neil Laybourn, the man who stopped Jonny on the bridge, to raise money for Heads Together, a coalition of major mental health charities.

I don’t really know where to start but I’m going to begin by saying:

It is absolutely OK to feel the way you do. It is human. You feel like you’re the only person in the world going through this but believe me there are many. Millions of them in fact.

I know it doesn’t make it any easier of course but I want you to know you are truly not alone.

More than that I need you to know this:

You can and will overcome this despair. You’re so much stronger than you realise.

Right now, you feel like you’re past the point of no return. You think that there’s no reason to see each day through. You believe the best and only resolution for yourself and those around you is for you to end your life.

I understand. I do. It’s been years of torment inside your mind. You’ve had enough now.

But what if you knew that one day quite soon the battle would be over. What if I told you that in time you would feel very, very different.

I know what I’m about to say is going to seem impossible to you but if you take just one thing from this letter Jonny, please let it be this:

You will feel happiness again

It’s a promise, Jonny. That’s how sure I am of it.

Can you imagine it? You smiling, laughing and feeling carefree like you used to.

If you hang on, you’ll get there.

The pain will ease. One day you won’t feel any pain at all.

One day you will wake up and actually feel glad to be alive.

I know this is hard to hear because it all seems so unattainable at the moment.

Can you close your eyes and picture something for me?

I want you to see yourself standing up in a crowded room full of people and talking about yourself. You will tell them all about the experiences you’ve had. The suffering and the struggling. And then you will tell them that you overcame it. That you got better.

This is your life Jonny. The life that awaits you.

Not only can you recover, but you can use what you endured to help other people.

I know you don’t want anyone to go through what you have. Especially not in silence.

So you’ll speak up, eventually, and tell people what it’s like. To help them understand and to make them feel less alone.

And when you speak you won’t feel ashamed. The weight of embarrassment which you carry now will no longer exist. And you will then see that there was nothing to have ever felt shame for.

All those years of depression. The delusions. The suicidal thoughts. The voice you hear.

You will no longer have to hide it.

And all of the fear, the blame and the guilt will be gone.

You will feel free to be who you really are.

This means that one day you will tell your family and friends you are gay. And on that day your world won’t come crashing down before you, but instead you will suddenly see it grow and bloom.

The world, at last, will be your oyster.

I know this is a lot to take in isn’t it.

The thing is, you wont do it alone. I know you don’t want to let anyone in at present. I understand you don’t feel worthy of any help, support, or love. But you are loved. Unconditionally. By all your family and friends. And, perhaps, one day:

You will learn to love, accept and forgive yourself.

For now, hold on to your favourite quote:

There is no adversity you cannot overcome.